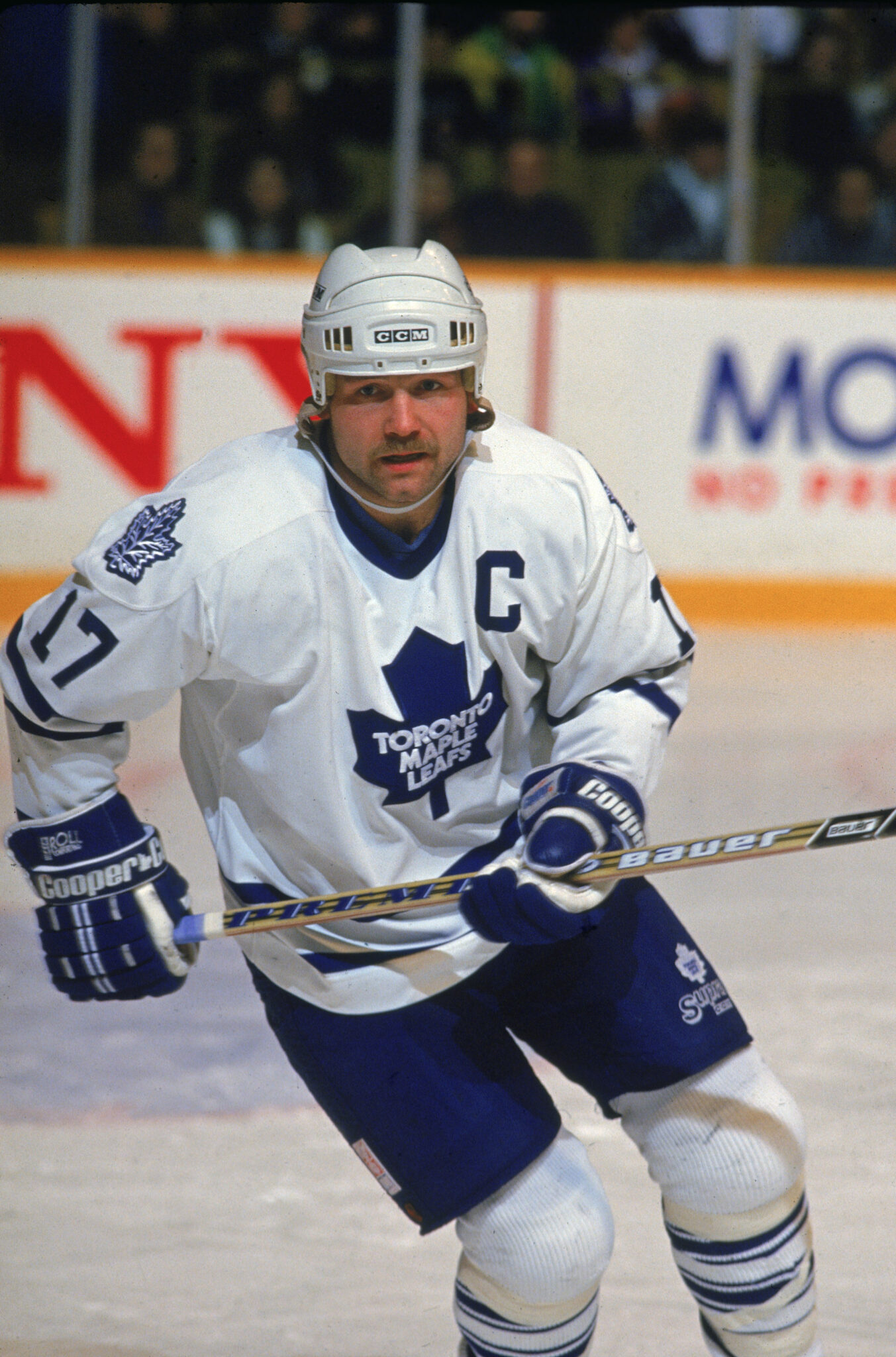 Wendel Clark is undoubtably one of the most popular players to ever wear Maple Leafs blue. The former Leafs Captain played 13 of his 15 NHL seasons with Toronto and was idolized by thousands of hockey fans. Clark grew up in Kelvington, Saskatchewan and was selected first overall in the 1985 NHL Entry Draft by the Maple Leafs. He also spent time playing for the Quebec Nordiques, New York Islanders, Tampa Bay Lighting, Detroit Red Wings and Chicago Blackhawks. One of Clark’s biggest accomplishments was in his teen years when he helped Canada’s national team take the gold medal at the 1985 World Junior Hockey Championships. Clark played 793 games of rough and tumble NHL hockey, scoring 330 goals and 563 points with 1,690 penalty minutes.

Wendel Clark currently works as a Community Ambassador for the Toronto Maple Leafs Hockey Club and can be seen at virtually all Maple Leafs home games. In October of 2016, his #17 was officially retired by the Maple Leafs and hangs in the rafters of Scotiabank Arena. In 2017, Clark joined 13 Maple Leaf greats with a statue on Legends Row.

All session by Wendel Clark